J. Walker Smith is Chief Knowledge Officer, Brand & Marketing, with the consulting division of Kantar. Walker has been described by Fortune magazine as “one of America’s leading analysts on consumer trends,” and he consults with clients globally about trends, futures, marketing, growth and business strategy. He is the co-author of four highly regarded books, including Rocking the Ages (1997), a book about generations that is now regarded as one of the standards in the field and included in the Cracking the Millionaire Code list of the top 101 marketing books, and Life Is Not Work, Work is Not Life (2001), selected by The Wall Street Journal as one of the ten best work-life books of 2001. He is a much sought-after speaker, a columnist for Marketing News, a weekly video blogger (called “One Thing I Learned This Week”), and a former weekly radio commentator for almost ten years on Smart City (a public radio show about cities and community life). His presentation at TEDxPeachtree 2012 led off the program. He is a 2012 inductee into the N.C. Advertising Hall of Fame. In 2014 and 2015, he won the WPP Atticus Award for thought-leadership in Strategy and in 2013 for Consumer Insights. He was a featured expert interviewed by Tom Brokaw for a segment in the 2010 CNBC special, BOOMER$, as well as one of the authorities narrating the “Generation Boom” bonus content included with the Season 7, Part 2 “Mad Men” DVD. Walker holds a doctorate in Mass Communication from the University of North Carolina at Chapel Hill. 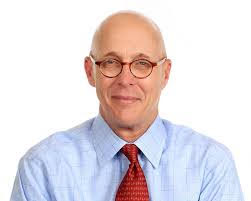